SQUIDGAME has been popular for a while, do you just look at it as a TV series? Or a little more advanced, do you understand the other side of his dehumanization? Do you know that SQUID GAME can also teach us marketing principles?

１. It taught us mutual benefit.

The starting point is to bring greater benefits to both parties or to reduce losses for both parties. Just like this game, the players are not forced to accept the death game, but voluntarily accept the invitation of the game party to enter the game. That makes the players feel that the natural earning is the 45.6 billion piggy bank full of cash, and the game party gets It’s a nasty and fun experiment watching the human competition among players!

Your potential customers need decision-making power and capital, but business pain points outweigh these two.
If there is no pain point, there is no demand, and there is no possibility of sales. Throughout the game, the contestants who participated in this game tried their best to make it to the end, even though they knew that there was a great chance of facing death. However, the organizer has caught the pain point of the “entrants” (customers), that is, they are all people from the bottom of society who are hungry for money. The organizer uses huge bonuses (pain points) to guide them into the game.

3. Allow your client to experienced the benefits.

Satisfy people’s drive to profit, particularly when it comes to information that users require urgently. At the start of the storey, the male protagonist, who is in need of money at the subway station, laments his inability to catch the last MRT! A man dressed in a suit approached at this point. He invited the host to join him in a game. He will receive a bonus if he wins. He will be smacked if he loses!

At first, the male protagonist lost a few rounds of slaps, but quickly developed a knack for winning the game, eventually winning repeatedly. Additionally, the guy in the suit kept his word and offered the male protagonist a bonus (sweetness), and ultimately, the man who received the sweetness engaged in the squid game at the man in the suit’s request! (Purpose)

4. The importance of intelligence exceeds that of physical force.

Occasionally, it is more necessary to employ practical marketing methods than to expend a great deal of energy. In the third game of tug-of-war, it appears as though strength is king, as long as whomever has the greatest strength wins. However, the male protagonist belongs to a group of the elderly and frail. The group’s senior member (the big devil) stated that tug-of-war is not just about brute strength, but also about utilising one’s intellect to win. He proposed that the team members begin by raising their heads to the sky and lowering their strength to their waists. As long as you maintain this position for more than 10 seconds, and the opponent lacks power and defence, you will try your best to eliminate the opponent in one fell swoop. And this approach enables people to succeed by utilising their brains!

A team with strong team spirit may help each team member maintain a high level of morale, which is favourable to members taking initiative.
Similarly, the main character and the supporting character in the drama demonstrate their respective skills. For example, Sangwo’s supporting position relies on intellect, Ali’s focuses on raw power, and the team’s eldest IINAM relies on experience to carry them through!

６. Communication should be trusted.

Mutual trust between both parties is the cornerstone of successful communication. No amount of superior abilities can compensate for a lack of faith.
From the beginning of the play, the heroes discreetly assist their comrades, sharing sufferings and facing the enemy, life and death together, swapping identities and their own experiences. The protagonist will not live to the finish if they do not interact with one another.

Because they are rare, they’re valuable and precious. The amount of food in the play was intentionally lowered by the organiser in order for the competitors to murder each other. Even a bottle of water is worth living for.

８.Allow customers to make their own decisions.

Give your consumer some time and space to consider before placing an order; he could be more likely to do so!
The competitors requested that the game be launched as soon as the first game ended, and the organiser granted their request, returning them to the real world. However, the candidates who had already lost their lives returned. The real world believes that life is dismal, even hellish, and yet they return to the gaming arena on their own own. After all, there’s still a chance for a massive bonus! 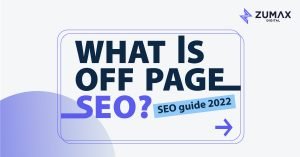 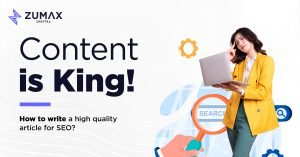 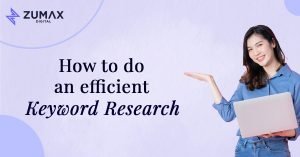