The moment has arrived. Google Analytics 4 (GA4) is now available and ready for use. Actually, GA4 has arrived and is prepared to take over.

GA4 used for “engagement” , “monetization” and the addition of “retention” are the main differences.

Behavior has been replaced by engagement, however the additional conversion report still covers many of the same topics (formerly “Goals”).

As we previously indicated, over the past ten years there has been an increase in interest in keeping consumers and converting them into advocates. In order to emphasise the significance of retention, Google has openly included a section on it to its lifecycle report.

Types of Metrics in GA4

The Acquisition reports give details about the source of your traffic.

A) New users: The total number of users that used your website or app for the first time.

F) Event count: The total number of times an event (or events) was triggered.

User engagement measures how long your app or website was in focus.

A) Views- The total number of times a user has browsed a webpage or an app screen. Unique views are not reported by this statistic. This metric is calculated by adding screen_view events and page_view events.

B) Users- The total number of unique users who interacted with your website/app for any non-zero amount of time. This metric is calculated as: Count distinct users where engagement_time_msec parameter > 0.

C) New users- The total number of users who interacted with your website/app for the first time. This metric is calculated as Count distinct users where event name first_open or first_visit

D) Views per user- It is the average number of screens viewed by each user. This metric is calculated as engaged sessions/users.

E) Average engagement time- It is the average length of time that the website/app had focused in the browser.

Monetization reports show revenue from items, ads, and subscriptions on your site or app.

A) Item views- It is the total number of times the item list was viewed.

B) Add to carts-It is the total number of times users added items to their shopping carts.

C) Cart-to-view rate- It is the ratio of ‘add to carts’to ‘product views’.

D) E commerce purchase- It is the total number of times users completed a purchase.

Retention tells you how often and how long users use your website or mobile app after their first visit.

The demographics metrics are the metrics that are used to measure the characteristics of a demographics dimension. For example: country, region, town/city, language, age, gender and interests. 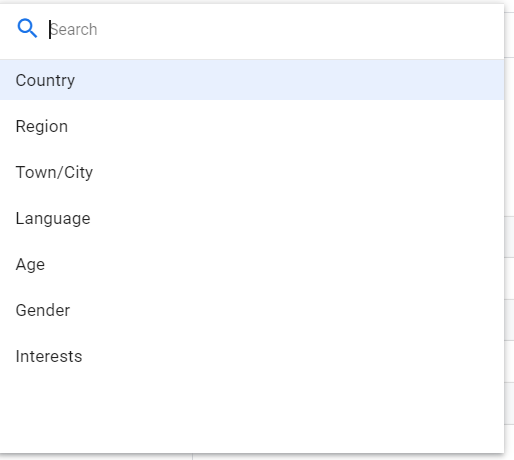 The tech metrics are the metrics that are used to measure the characteristics of a tech dimension such as Chrome, Safari, Edge, Firefox, Samsung Internet or Android App View. Web Design Software for free in 2022